Holy Koran on multiple occasions has directly addressed the issue of ridicule, insults, abuse and mockery directed towards Prophet PBUH.

“The Servants of the Lord of Mercy are those who walk humbly on Earth, and who, when the foolish address them, reply ‘Peace’” [25:63]

“Call people to the way of your Lord with wisdom and good teaching, and argue with them in the most courteous way” [16:125]

“.. if you can be patient, and you can maintain the consciousness of Allah then that is the most noble of the deed ” [3:186]

Once Prophet PBUH was insulted by a nonbeliever upon which one companion suggested that the person be killed. Prophet PBUH not only forbad the act but instructed they leave him alone.

So for all those going nuts over how ‘religion of peace’ tutored the recent violence, two words: Educate Yourself. And in case you are one of those Muslims who even slightly believe this bloodshed is justified, you are victim of holier-than-thou narcissist syndrome and most likely stem from those oh-so-pious families who believe they understand faith better than anyone else. Two words for you too: Educate yourself.

The massacre in France can only be explained as what it is; violent, unjustified and repugnant to the very teachings of Islam. But following the appalling events, the debates that have ensued are not as simple choice of black and white.

Amidst all the arguments shot from I-am and I-am-not Charlie sides, one that ticks my amusement is the very concerned need to “enlighten” and “evolve” Islam. To pin my opinion flatly, Charlie Hebdo’s content shows it as one blatantly racist and Islamophobic publication.. Mocking chants of Allah-u-Akbar in Charlie Hebdo’s office, the 2011 video of magazine’s editor imitating and ridiculing azaan (Muslim call to prayer), the consistent depiction of Muslims as repulsive and disfigured ‘Arabs’, foul derision of Muslim women as veiled women with naked butts qualifies as straightforward  obsessive hatred and distaste for the religion. It reeks of xenophobia, not of intellectual satire. Or you mean to tell me the publication’s aim for drawing pornographic portrayals of a community’s most revered scared figure is to engineer enlightened moderation? How thoughtful. 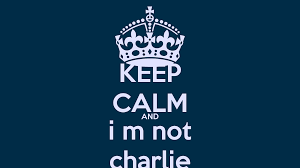 While it may have poked fun of Pope, but its publications largely and systematically target Muslims (basic maths). And let’s not conveniently forget the case of cartoonist Maurica Sinet who was sacked in 2008 by the publication for drawing anti-Semitic cartoon. Zineb Al Rhazoui, columnist at Charlie Hebdo justified recent republication of cartoons by generously reminding Muslims they are under no obligation to buy their work if they don’t appreciate it. Also, to get a sense of humor. Why this genius hack never occurred to anyone before? All the hassle in history of racial struggles and ethnocentric hatred could have been saved by asking aggrieved parties to simply ignore the targeted odium. Or better, to get a sense of humor.

Following the same logic, the extreme right hate mongering should not only be accepted but celebrated in name of civil liberties. Fox News as the new global bastion of free speech. Lord, save us all.

Another commonly pelted argument is why the Muslims simply can’t accept religious imagery like other religions do. Well how about a vice versa proposal? And as for the champions of free society, when a religious community as a whole is expected to view/practice its religion as per standards set by others or mainstream majority, there is something not so free about the whole deed.

Radical Islam, extremism, and militancy are fundamental threats to our religion, more than those cartoons. There is an urgent need to counter and save mainstream Islam from the fanatic cults like ISIS, Talibans and Alqaeda etc. But people simply just don’t wake up one day and feel like blowing themselves up. These terrorist organizations thrive on hate material targeting West like prison torture and war torn graphics to indoctrinate their prey into radicalized frankensteins. Events like the recent anti-Islam marches in Germany and such publications crudely deriding faith only make the job of sidelining religious extremism more difficult for the moderate lot in Islam. It sidelines Muslims further in the corner, only abetting the extremes. Both the extremes.

Freedom of speech does not equate freedom to hate. Charlie hebdo’s offensive cartoons are vitriolic and racist expression of French xenophobia, gleefully directed at marginalized minority. Whether they have the right to publish it or not might still be up for debate. But let’s not intellectualize hate material as innocent attempts at universal enlightenment, shall we?